Do male mallard ducks sit on eggs? Do male muscovy ducks sit on eggs? No matter what type of ducks you have or happen to be observing, you may occasionally observe a male duck near or even on the nest. What are they doing there and could they be preparing to incubate a clutch of eggs? These questions and more are answered below. 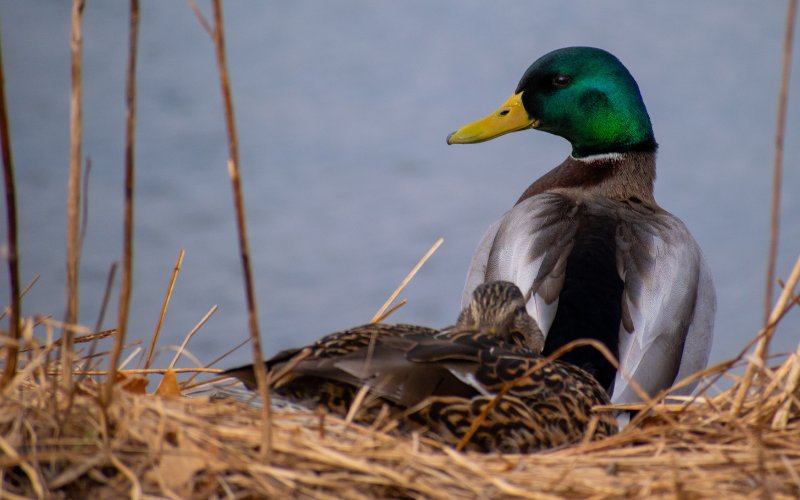 Do Male Ducks Sit on Eggs? (The Short Answer)

Male ducks, aka drakes, do not usually sit on eggs to incubate them. However, if a male duck is in a bonded pair and their pair is ‘broody’ and in the process of incubating eggs, the drake may parrot this behavior. This is quite rare, though.

What Would Make a Male Duck Sit on Eggs?

Drakes will sit on eggs for a few different reasons. However, most often these male ducks are sitting on the nest because they are parroting their partner as part of a small or wild flock of ducks. It may also be some errant form of instinct. This is, in all types of ducks, a rare occurrence. However, from my experience, mallard and bantam drakes are the most likely to sit on a nest, while muscovy drakes are the least likely to do so.

Ducks are a type of animal that likes to live in a large, close-knit community. If one duck does something, its flock can often be seen engaging in similar behavior. In short, ducks like to do things as a group. When a female duck begins to get ‘broody’ or wants to hatch a clutch of eggs, she may chase all ducks except a paired drake away from the nest.

If the duck has bonded with a drake and that drake has bonded to a specific duck, they may sit on the nest together. If the duck goes to get food or water, the drake may settle over the nest while she is away.

This often has less to do with the eggs and nest and more to do with wanting to stay in a warm spot where the female duck is likely to return. They may also be copying the duck’s behavior outright, borne out of the instinct to do what the group is doing- this is an example of ‘parroting’.

If Drakes Don’t Sit on Eggs, What Do They Do During Incubation?

Male ducks, be they mallard, runner, or muscovy, will usually do one of three things with a nest once it begins to fill up with eggs ready for incubation. These behaviors are: guard, ignore, or destroy.

Drakes Will Most Often Guard a Nest with Eggs

If the answer to ‘do male ducks sit on their eggs?’ is pretty much always ‘no’, then what are they likely to do? Drakes will most often feel compelled to guard a nest. This often looks like they are pacing around or in front of it, keeping other drakes and ducks from getting close.

The drakes may also check on, sit near, or pick at the nest with their bill while keeping tabs on it. This behavior is more likely to be observed in wild ducks or ducks in small flocks with a low female-to-male ratio.

If there is a high female-to-male duck ratio (more than 3 female ducks per drake) the drake will likely ignore any nest with eggs in it.

Drakes Rarely Destroy the Eggs in a Nest

If multiple drakes take interest in a particular nest of eggs, they may feel the need to compete over it. This can lead to one drake in particular either rolling the eggs out of the nest, attempting to break up the nest with their bill, or eating the eggs. 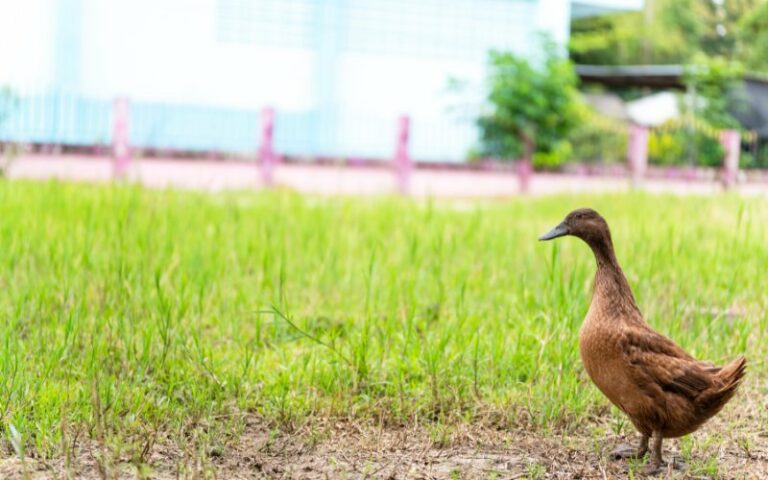 Ducks can be much trickier to keep laying eggs than chickens. However, if you have ever tasted a duck egg, you know that it’s worth the trouble. Over the years, I have encountered every single one of these reasons why a duck will stop laying eggs and I can assure you that there is always… 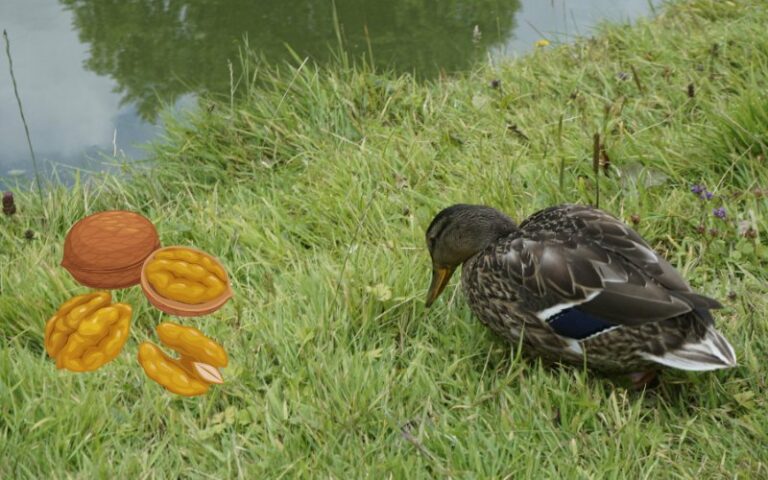 Walnuts are a readily available snack food and as ducks and other birds are known to eat some nuts and seeds in the wild, it may make sense to assume that walnuts should be a safe treat for them. However, not all types and forms of walnuts should be fed to ducks and there are… 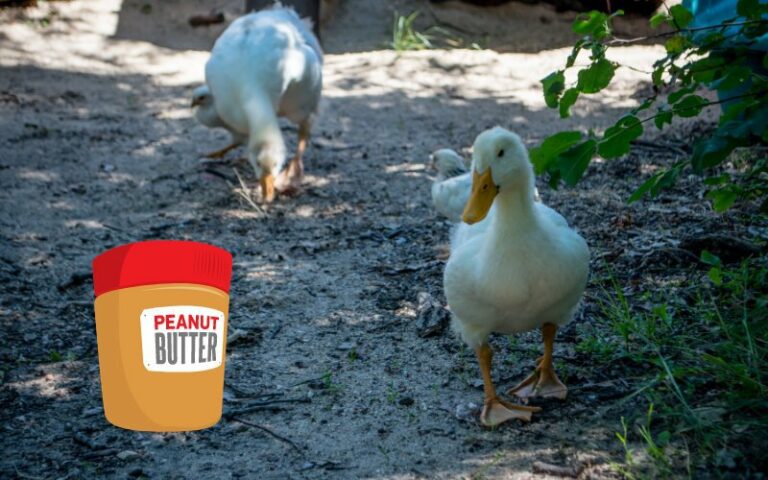 Peanut butter seems to be a controversial subject among those that keep ducks as pets or on hobby farms. Some blogs, forums, and influencers say that they feed their pets peanut butter all the time as a treat. Others maintain that peanut paste is fine but peanut butter is deadly. Are peanuts themselves even safe… 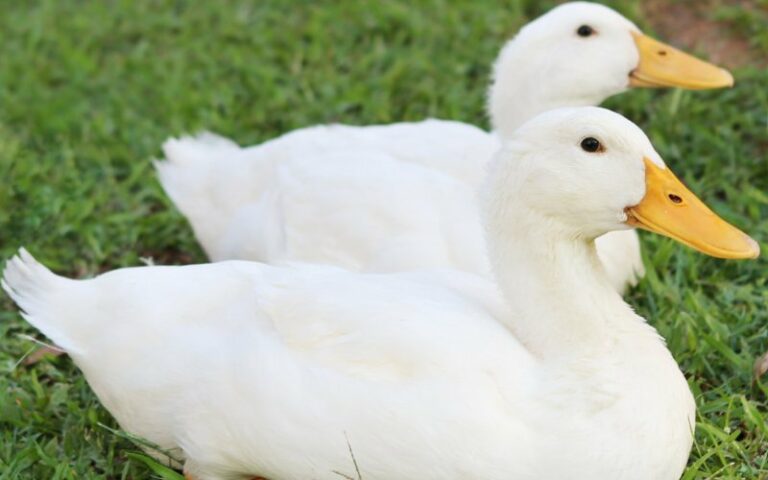 Pekin ducks are not your typical egg-laying duck. They’re much larger, more of a “classic duck” shape and they are less likely to roam or lay eggs in interesting places. This, along with the larger egg size and pure white color of the eggs, is usually why they are sometimes still chosen as an egg-laying… 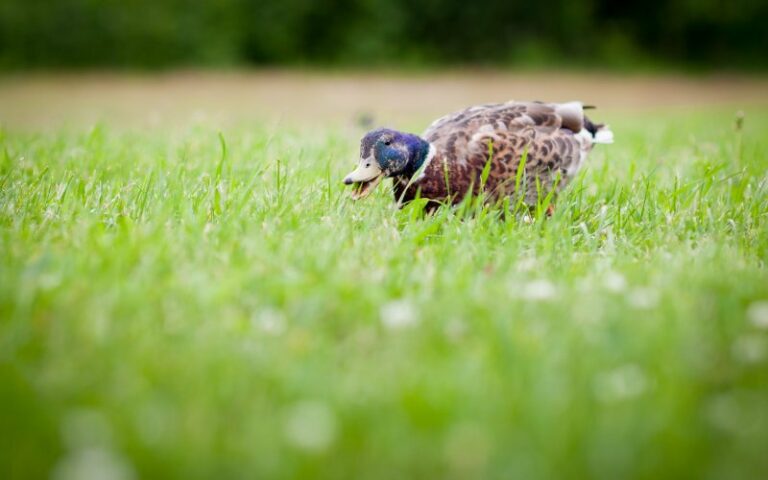 Ducks are charming creatures to watch, especially on a nice, sunny day. As they waddle around and look for things to eat, you may notice them nibbling on the grass. Occasionally they will snap off these blades of grass but, on closer inspection, sometimes they may not. Are they getting anything from the grass when… 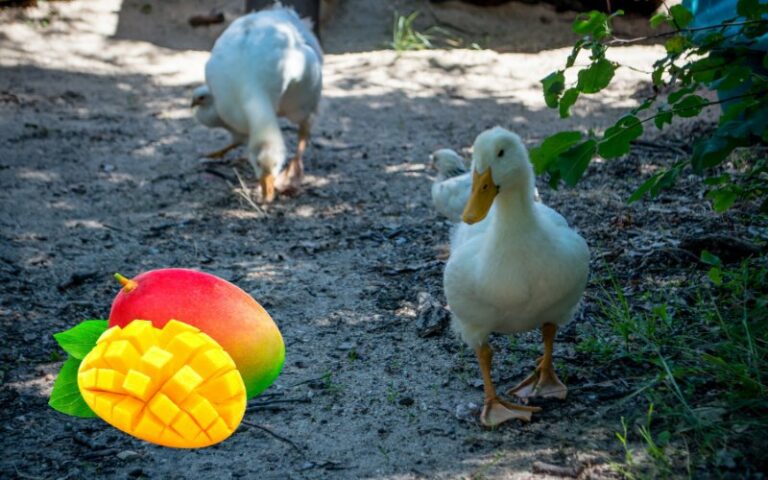 Mango is a very popular food for people and one that is widely available in most grocery stores today. As ducks are omnivores, like people, can they eat mango, too? Whether you’re looking at mango scraps as a potentially valuable source of forage for your flock or as a treat for your pets, you can…